You are here: Home / Foreword 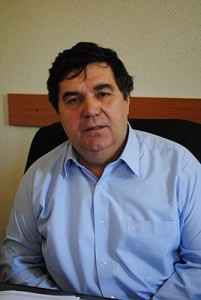 Starting on 1 October 2012, by decision of the Senate of the National University of Political Studies and Public Administration in Bucharest, our university has established the Institute of Latin American Studies. The Institute proposes to help, develop and promote the academic relations between Latin America and Central and Eastern Europe, especially Romania, through research, mobility, debates and partnerships. The Institute aims to provide expertise to the academics and to the relevant social, economic and political actors and to contribute to promoting the exchange of values ​​between the two regions.

ISLA aims to create a network encompassing educational, research and scientific information institutions and relevant actors for the political and economic/trade cooperation in Central and Eastern Europe in order to coordinate and strengthen relationships with similar partners in Latin America.

Also, we are confident that through ISLA the National University of Political Studies and Public Administration becomes a connection point between academia in the two regions, a center of excellence for discussions and partnerships, and a major player in promoting the image and the national and regional interests of Latin America.

ISLA is a space open for the academic, political, diplomatic, economic, media and business environments and aims to promote the experience of the countries of Central and Eastern Europe in the process of Euro-Atlantic integration currently under development in EU, NAFTA and MERCOSUR.

This Institute could not properly function in a modern globalized world in the absence of a website to disseminate its research results and an academic journal. Therefore, the establishment of ISLA is accompanied the creation of its journal – The European Journal of Latin American Studies / Revista Europea de Estudios Latinoamericanos is – whose first number was issued today and which is dedicated to the commencement of work of the Institute and to the Academic Summit in Santiago de Chile, the first of this kind in the history EU – LAC relations. Moreover, a website to promote ISLA results and events is available starting today:  www.isla.snspa.ro.

Finally, we consider Romania is bound, so to speak, to develop relations with Latin America and the Caribbean and to act as an academic pole for this region, as Bucharest is the following Latin capital of the European Union, after Madrid, Lisbon, Paris and Rome. We speak and think in twin languages ​​and cultures and thus, developing the Institute of Latin American Studies, the journal European Journal of Latin American Studies / Revista Europea de Estudios Latinoamericanos is and the www.isla.snspa.ro website is a responsibility which incumbs to us.