Director of the Institute

You are here: Home / Director of the Institute 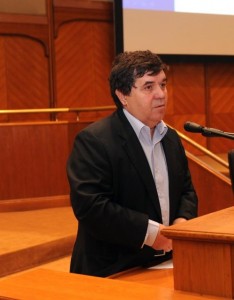 Iordan Gheorge Bărbulescu  – PhD  Professor at the National University of Political Studies and Public Administration, Bucharest. Dean of the Department of International Relations and European Integration (2006 – present) and since 2012 President of the Senate of the National University. Diplomat serving Romanian Ministry of Foreign Affairs (1997-2004) performing several functions among which Deputy Director at the General Division for European Union and director of the Latin America Division. For his outstanding diplomatic work,   Professor Bărbulescu was awarded in 2002 the National Order “Faithful Service” in Knight.
Areas of professional expertise: European studies, international relations and evaluation of public policies and programs. Author of 13 books and monographs and hundreds of articles, analyzes, reports and studies published nationally and internationally.